Love and death in the Eternal City — Nic Costa is back

No author has ever brought Rome so alive for me — nor made it seem so sinister. Peter James

Launched to wide acclaim in 2003, the Nic Costa novels have spanned nine titles and one spin-off standalone, Carnival for the Dead, featuring the popular pathologist character Teresa Lupo. The books boast an ensemble cast led by the young detective Nic Costa who first meet after a savage death in the Vatican Library in A Season for the Dead.

Over the next eight books Nic and his colleagues delve into Italian history, art, culture and food, in Rome, Venice and for one brief outing partly in San Francisco in Dante’s Numbers. Now, after a break of nearly ten years, Nic Costa and his team are back…

In a scorching summer Nic Costa and his colleagues from the Rome Questura find themselves dispatched undercover to Italy’s beautiful, remote Calabrian coast and the coastal sword-fishing village of Cariddi in the shadow of the Aspromonte mountain. Their mission: to bring in the head of the feared mob, the ’Ndrangheta, who has offered to turn state witness.

Finding themselves out of their depth in a lawless part of Italy where they are the outcasts, not the men in the hills, with their shotguns and rough justice, Costa and his team come to the shocking realization that there is a traitor in their midst, a discovery which threatens to pitch them as much against one another as the mob. 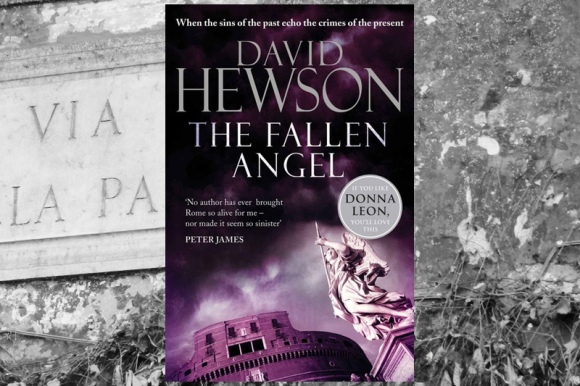 When British academic Malise Gabriel falls to his death from a Rome apartment, detective Nic Costa rapidly comes to realise that there is much more to the accident than he first thought. It also becomes apparent that Malise’s family — mysterious and tragic daughter Mina, stoic wife Cecilia and troubled son Robert — may be keeping vital information hidden.

Nic becomes obsessed with the case, intrigued by Mina’s story which seems to be linked to the sixteenth-century real-life tragedy of a young Italian noblewoman, Beatrice Cenci.

As the investigation deepens, Rome’s dark and seedy side is uncovered, revealing a tangle of deceit, treachery and corruption. Costa realises that the key to the truth lies with the Gabriels. Why are they so unwilling to co-operate, and who, or what, is the reason for their silence?

(The Fallen Angel) perhaps his finest novel… It’s hard to see how the author could have made his dark tale more fascinating, entertaining and yet entirely serious than he has. Washington Post

Twenty years ago, a mysterious group called the Blue Demon committed a series of bizarre and ritualistic crimes evoking the legacy of the lost race of the Etruscans, and leaving in their wake a group of dead students, a murdered couple, a cryptic message and a kidnapped child.

Now, the leaders of the G8 are descending on Rome for a summit at the Quirinale Palace. But when a politician is found ritually murdered, seemingly by a strange young man dressed as an Etruscan god, detective Nic Costa suspects that the old case was never really solved. The Blue Demon appear to have returned – and planning, under the leadership of the fanatical Andrea Petrakis, to unleash a devastating sequence of attacks on the city. As Costa and his team start to dig deeper into the past, they find that there are still too many unanswered questions – and much more to the history of the Blue Demon than anyone wants to admit

Allan Prime looked ready to die of fright, even before the bright, shining spear with the blood-soaked tip reached his head . . .

The death mask of the poet Dante is to be exhibited at the premiere of a controversial new film, Inferno. But at the grand unveiling this priceless artefact is replaced by a macabre death mask of the film’s star, Allan Prime. Minutes later the leading actress, Maggie Flavier, is threatened before her attacker is shot.

Nic Costa and his team are sidelined from the investigation in Rome and follow the movie to its next showing in San Francisco, hoping to recover the stolen death mask.

But in California confusing new clues suggest that there is more behind the killing than a crazed Dante fan. With the authorities distracted by false leads, can Costa protect Maggie, find the truth and stop the killer – all before life imitates art?

The Garden of Evil (Book Six)

The picture possessed a frightful beauty, one which burned so brightly that, once witnessed, could never be unseen . . . Even the presence of two corpses, one clearly murdered, the other dead through strange and suspicious circumstances, did nothing to distract their attention from the canvas . . .

In a hidden studio in an area of Rome where the Vatican liked to keep an eye on the city’s prostitutes, an art expert from the Louvre is found dead in front of one of the most beautiful paintings that Nic Costa has ever seen – an unknown Caravaggio masterpiece.

But before long tragedy will strike Nic far closer to home. The main suspect’s identity is known, but he remains untouchable – protected in his grand palazzo by a fleet of lawyers and a sinister cult known as the Ekstasists.

If Costa and his team can crack the reasons for the cult’s existence, he may well stand a chance of nailing the double-killer. But the mystery will take him right back to Caravaggio himself and the reasons he had to flee Rome all those centuries before . . . 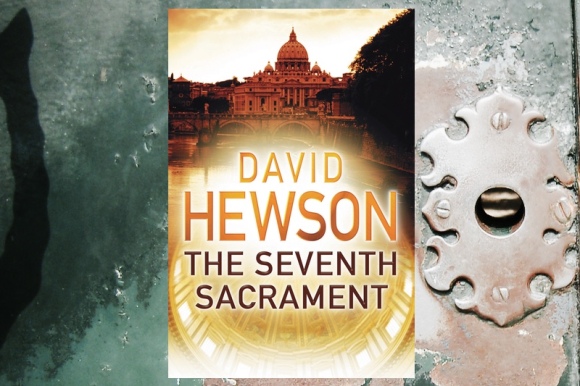 ‘There’s an entire underground city down there . . . houses and temples, entire streets. I talked to a couple of the cavers Leo called in. They hero-worshipped Giorgio. The man had been to places the rest of them could only dream about.’

Giorgio Bramante, a Roman archaeology professor, was master of the hidden world beneath the earth – until the day he lost his young son, Alessio, to a group of students intent on re-creating a centuries-old ritual to a long-banished god. His rage knew no bounds and, in a frenzy, he beat one of the students to death.

Released from prison fourteen years later, Giorgio is bent upon a terrifying revenge on all those he blames for the loss of his son. Inspector Leo Falcone, a member of the original investigating team, is one of his targets.

And Nic Costa, watching Falcone move relentlessly into the man’s merciless grip, realizes the answer must lie in solving a cold case that, like the forgotten Alessio Bramante, has long been regarded as dead and buried for good.

Life was never black and white in Italy . . . Something about the place both disturbed and interested him. Venice reminded him of a bad yet familiar relative, dangerous to know, difficult to let go.

As their exile in Venice draws to a close, Roman detectives Nic Costa and Gianni Peroni are ordered to investigate an apparently open-and-shut case, a fire in a glass foundry that has claimed two lives, so all they want is to wrap it up quickly.

However, as they dig more deeply into the insular glass-making community on Murano and the strange Arcangeli family, things don’t quite add up. With increasing pressure from above to finish quickly, events spiral quickly out of control – with devastating consequences…

For the first time in decades The Eternal City is paralysed by a blizzard. And a gruesome discovery is made in the Pantheon – one of Rome’s most ancient and revered architectural treasures. Covered by softly falling snow is the body of a young woman – her back horribly mutilated . . . But before Costa, Peroni and Rome’s Questura can begin a formal investigation the US Embassy has brought in its own people, FBI Agents who want the case closed down as quickly and discreetly as possible.

But Costa is determined to find out why – and as the FBI grudgingly admits that this corpse is not the first, the mutilations of the woman’s body point to Leonardo Da Vinci’s Vitruvian Man – and to a conspiracy so sinister and buried so deep, that only two people know its true, crazed meaning.

The Villa of Mysteries (Book Two)

When a young woman turns up dead in a peat bog near the banks of the River Tiber, Teresa, a maverick pathologist, thinks she’s got the victim of an ancient Roman ritual on her hands. She’s wrong. Leo Falcone, the chief inspector, knows this case is recent history and the horror is still very much alive.

So begins an investigation that will take the police deep into the dark underworld of modern day Rome’s most disturbing and sinister secrets. Nic Costa is trying to stay off the drink. Gianni Peroni used to work vice until he was caught in one of his own department’s stings. Emilio Neri, the local mafia boss, can’t trust his own son and Vergil Wallis, the American mobster, is refusing to talk. Meanwhile, someone is trying very hard to kill the pathologist. And now another beautiful young woman has gone missing …

A Season for the Dead (Book One) 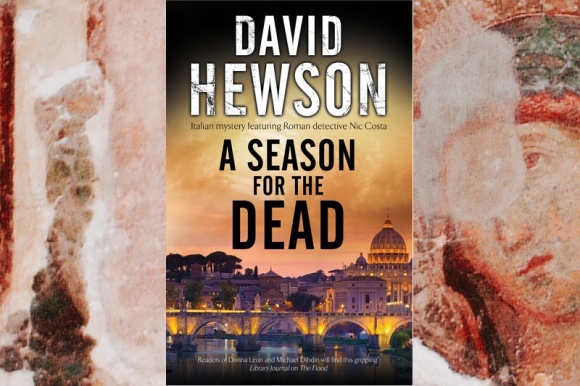 ‘Stefano’s left arm, the one holding the weapon, swept the table, swept everything on it…  She was quiet, waiting, which was, his eyes seemed to say, what he wanted. Then Stefano lifted up the bag to the height of the desk, turned it upside down, let the contents fall on the table and said, ‘The blood of the martyrs is the seed of the Church.” ‘

Whilst Sara Farnese pours over ancient texts in the silent Vatican reading room, a brutal murder is taking place in a nearby church. Then suddenly a crazed man enters the Vatican carrying a bloodied bag. He walks up to Sara’s desk. He has something he would like her to see…

Soon Sara is inextricably linked to a series of horrific and cunning murders, each one representative of the death of a martyr of the Church. Into this climate enter Detectives Costa and Rossi, enlisted to track down the killer, and to protect Sara from the horrors he is capable of. It seems that at any time she could be the next chosen sacrifice.