Nic Costa and team — Teresa Lupo, Leo Falcone and Gianni Peroni — are back on Tuesday (July 31) for the first time in quite a while in a new adventure, The Savage Shore, published by Severn House. You can find the US edition along with the ebook on November 1, and in September the Dutch translation from Boekerij, De binnenste cirkel. The paperback will appear next May, but I’m delighted to tell you the audio version will be out alongside the hardback on Tuesday, narrated as usual by the incomparable Saul Reichlin and published by Whole Story Audio. 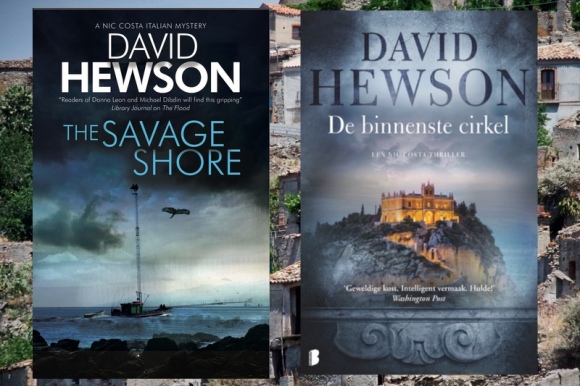 It felt good to be working with the old crew again. But I never want to retread old formulas. Every book, whether it’s in a series or not, has to have some new approach and challenge. In The Savage Shore it’s a pretty stiff one. Costa and his colleagues are no longer in the safe confines of Rome, with the power of police officers to protect them as they go about their work. They’ve been dispatched to the toe of Italy, Calabria, a place they don’t know, and tasked with a tricky dilemma: the shadowy boss of one of the crime families there wants to turn state witness. How do they get him out alive?

Usually they’re cops, in control of territory they feel they own. Here they are undercover, wearing new identities and very much at the beck and call of the mobster who’s demanding Costa join his crime family temporarily in order to facilitate his escape. Clue: there’s one of the book’s themes… how very hard it is to pretend you’re someone else. Costa and the rest struggle with that dilemma constantly, and as we find out later they’re not the only ones.

Another challenge is the location itself. Rome is a city we all know in some ways, even if we’ve never been there. The sights — the Pantheon, the Vatican — and the history are a part of a world we recognise. But Calabria…? Even lots of Italians don’t know the area well. At most it might be somewhere they drive through on the way to their holidays in Sicily.

I spent a fair bit of time down there thinking about this book, and gradually being won over by the place. It’s quite unlike anywhere else in Italy. The bare mountain of Aspromonte rises at its tip above Reggio, overlooking the Strait of Messina with Etna in the distance. In summer it’s scorching. In winter you can hop a ski lift up to the snow. There are tiny villages scattered in the hills, a few pretty much abandoned now, while the coast veers between the odd swish fishing village and some pretty rundown places where people scratch a living through agriculture.

The history is quite astonishing. This was part of Italy colonised by Greece long before Rome rose to become an empire. In the more remote areas there are still hamlets where the locals speak griko, a kind of Greek much closer to the language of Homer than the modern demotic version. There’s not, to be honest, an awful lot too see in tourist terms apart from some stunning exhibits in the museum at Reggio. But the area has a stark beauty, the people a quiet sense of defiance, and down by the coast, in swordfishing villages like Scilla, you can eat like a king for a fraction of the price you’d pay in Rome.

Here are a few of my research photos of Calabria taken during the planning for this book. 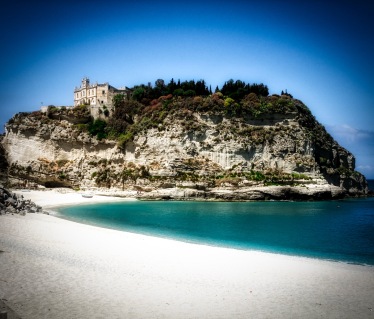 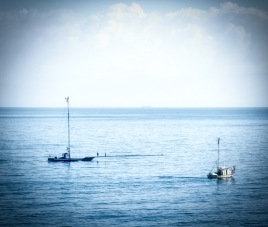 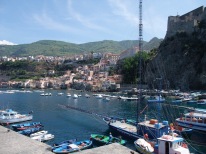 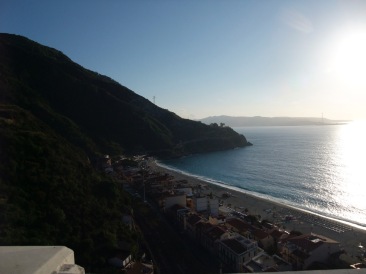 As anyone who’s read me knows location is a key part of my work. I don’t just want to paint a picture of a place in words. I want to recreate it in touch and feel and smell so that readers hear the wash of waves on this ragged shore, smell the herbs in the mountains and appreciate the curious history that makes Calabria so special.

Here’s how I try to do it in The Savage Shore: a book within a book. When you explore Italy’s more far-flung places you’ll often find a little travel guide on sale, written by a local, usually in a quirky and often rather archaic and personal style. I always buy one. They tell you stories you won’t find in Dorling Kindersley (though whether those stories are actually true is another matter). So early on in this book Peroni, trapped in a fictional fishing village called Cariddi, trying to understand his surroundings, does the same and picks up an old travel guide called Calabrian Tales.

He, naturally, reads the book, but so do we because each of the separate parts of The Savage Shore is preceded by a relevant extract from this imaginary work. You might not quite get all the links to begin with but by the end you will, I hope, see how they all fit together in relation to the story the main book sets out to tell.

So here, as a taster of The Savage Shore, is the very opening. It begins a part entitled Martinis for a Marmoset, set in a dodgy bar in the back streets of Reggio where something very unexpected is about to happen. But first we go to a chapter of Calabrian Tales entitled The Garduña. This recounts a local Calabrian fable about how the three principal crime mobs of Italy, the Cosa Nostra or Mafia of Sicily, the Camorra of Naples and the ’Ndrangheta of Calabria, came about.

You can read the excerpt in its entirety below. After which you might ask… is this right? Did some of the most infamous mobs of the modern world really begin life in this half-romantic way?

Good questions. Ones a lot of people keep asking throughout The Savage Shore. Click below and try to decide for yourself. 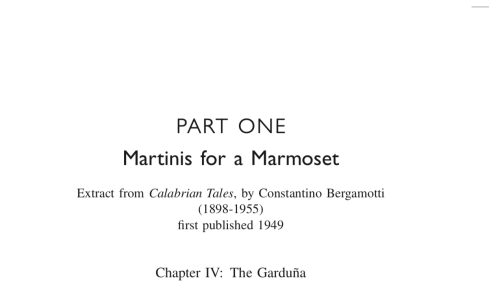