If you mention the word ‘carnival’ in the Veneto people will immediately think you’re talking about Venice. I’ve done Venice carnival. I had to when I was writing Carnival for the Dead. Much as I love Venice I won’t be doing carnival again.

All the locals I know avoid the thing if they can. It’s certainly spectacular but it’s primarily an event for tourists, many of them dressed to the nines.

Go inland in the Veneto though and you find yourself in Verona where, for one weekend each February, from Friday until Monday, there’s a more local carnival, one that Italians adore but where you see very few foreigners. It’s hilarious, it’s down-to-earth and it’s, well, rather daft.

The ‘king’ of the carnival is elected each January — usually on the basis of bribes of food and drink — and is known as ‘Papa Gnocco’. Yes, Daddy Potato Dumpling. Here he is arriving for the opening, sporting a fancy costume, a long white beard and holding a fork with a giant gnocco on it.

The tradition goes back centuries to a famine in which a local aristocrat kindly provided free gnocchi to the hungry population. As a result you’ll find gnocchi everywhere, on the street, in the restaurants, in the shops. The fantastic local restaurant Scapin was doing three kinds on a plate for €10 euro including a glass of wine, below. 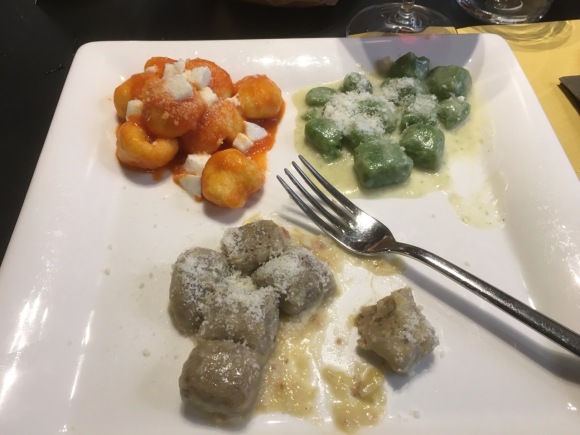 The opening day is known as ‘Venerdí Gnocolar’, Gnocchi Friday. There are massive parades and a succession of folk in costume from as far away as Croatia. It ends with a huge party in front of San Zeno where this year these chaps were found to be enjoying themselves as ‘majoretti’.

On Saturday there’s a ‘regatta’ in which Papa Gnocco turns up in an inflatable on the Adige and once more parades around the city with his followers. On the Sunday everyone returns to the Piazza Bra in front of the Arena for another march through town to Piazza Erbe. The event ends on the Monday in the San Stefano district where gnocchi are forgotten and the dish of the day is apparently minestrone.

The lack of seriousness aside, one other thing that sets Verona carnival apart from its more famous cousin is its affection for the young. They’re everywhere, the little ones happily chucking confetti at the processions, the older ones dowsing each other with flour if they possibly can.

You won’t find much information online except for the dates. The best thing is to arrive on Thursday then go to the tourist office and grab a copy of the brochure (which isn’t exactly full of information either). But none of that matters. It’s a fun, unique weekend in a fun unique city. Here are some shots from this year. 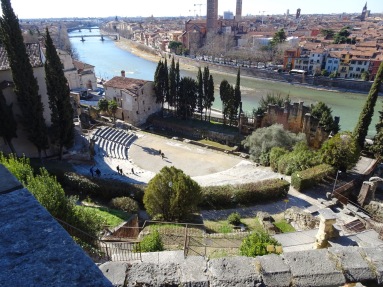 The city from above the Roman theatre

Face in the crowd 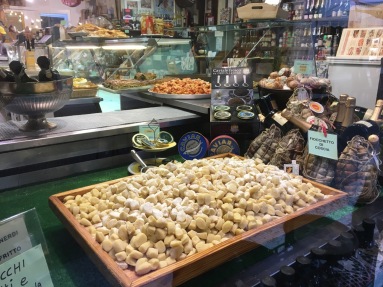 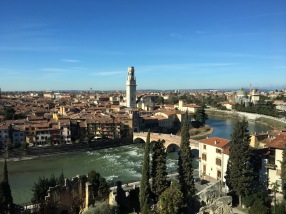 The city, the river the Duomo 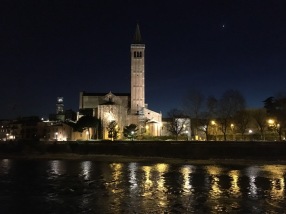 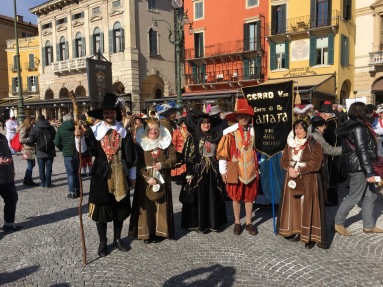